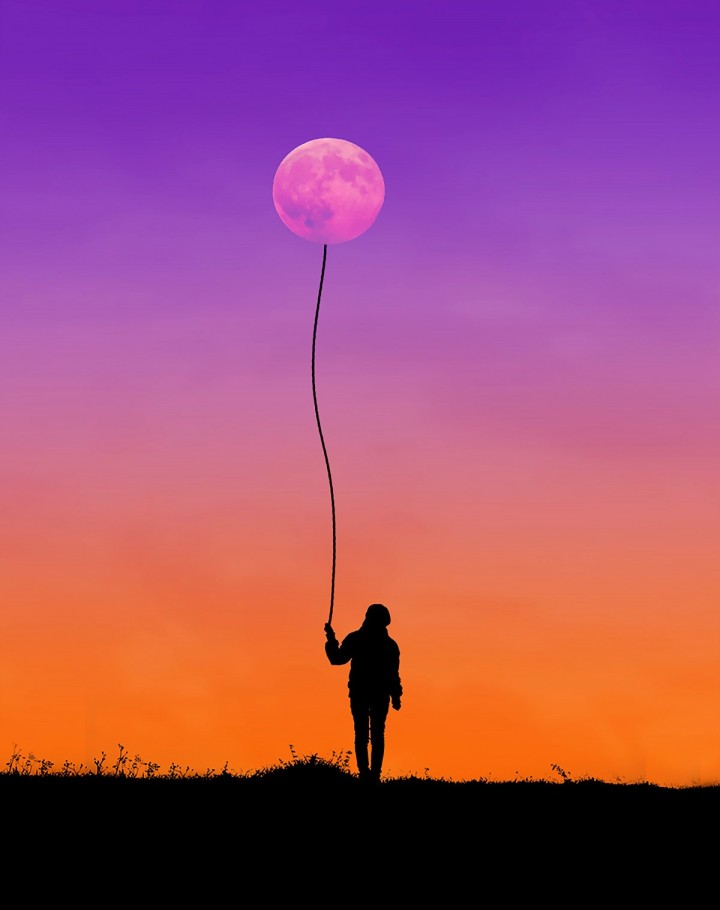 Once, Mona’s little sister Maribel almost touched the moon. Maribel pumped her legs harder and harder, sailing higher and higher on the playground swing, until the sky turned to ash and the rain pummeled down. Mona watched Maribel’s toes inch closer and closer to the moon, their little shirts and shorts stuck to their little bodies. Mona tipped her head back, stretched her mouth open, and fed on the rain. They knew they should head home, but Maribel chanted Almost…Almost…Almost and pumped her legs harder. Mama would be asleep on the couch anyway, one leg slipped to the floor, her hands opening and clenching in her sleep, like she was grabbing for something bigger than she could hold.

Once, Maribel’s big sister Mona pulled her into their closet, tucking a blanket around their bodies. She told Maribel to sing any song she could think of. Maribel sang Katy Perry songs, mixing up the lyrics, while Mona braided her hair. They switched, and Maribel sang sweet softness at Mona’s neck, roping Mona’s hair over and around to the tips. But they could still hear their mother’s faint mews—Stop, Brad, oh Brad, please stop. That surprised them. They thought this guy’s name was Brian.

Once, Mona and Maribel found their mama sitting at the kitchen table in the dark, a cigarette ember casting a faint glow along her jaw and cheek as she raised the cigarette to her lips. They shared a glass of water as their mama told them how bone-deep tired she was, how stuck she felt. How she tried so hard and just spun her wheels. How she wished their lives were different, that all it would take was just one good one to come along. Mona and Maribel hugged their mama and told her they loved her. Oh, girls, it’s just not the same kind of love, now, is it? They guessed not.

Once, Mona’s little sister Maribel whispered she wished she was old enough to run away. They could go to the moon for real and eat the expensive Kraft Mac & Cheese whenever they wanted, until their tummies couldn’t hold another bite. Their real dad would buy them little pink fishing poles and take them fishing with the boys he called their brothers. Where they wouldn’t have to remember which one was Brad or Brian or Chet or Marvin or Glen. Mona took Maribel’s hand and they tiptoed past mama on the couch, down the cinderblock steps that tilted a little deeper into the dirt every year, around the tree that pushed the sidewalk higher and higher until it broke open, roots rising to the stars. Mona whispered back, This way…This way…This way.

L Mari Harris splits her time between Nebraska and the Ozarks, and works as a copywriter in the tech industry. Her fiction, nonfiction, and poetry have been published in or are forthcoming in Bird’s Thumb, cahoodaloodaling, Gravel, Lost Balloon, MoonPark Review, Silk Road Review, among others. Follow her on Twitter @LMariHarris and read more of her work at www.lmariharris.wordpress.com.