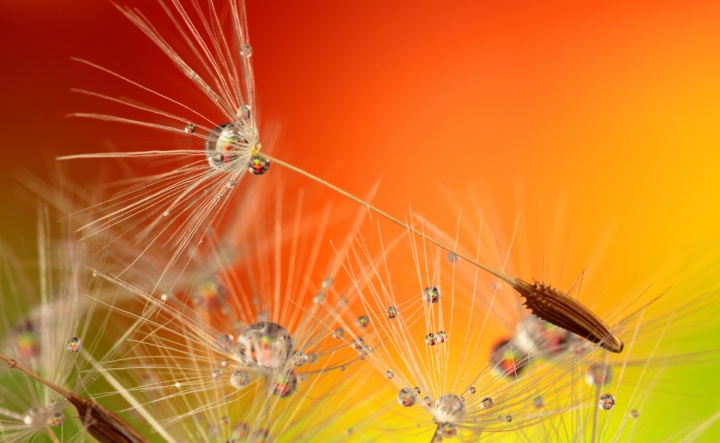 The Daisies remove their seedling shawls, use their leaves to unfurl tender white petals slick with dew. Whisper greetings to the sun, vying for his attention shown in the warm caress of his rays, before scoping out their new home. They were born of railroad soil, some blossoming amongst pebbles or between the grooves of footprints. Those who blossom close enough to the rails rest their heads upon chilled metal, their roots tingling from the chill.

Dandelion trembles from her place between wooden slats of railroad tracks, losing several of her seedling hairs in the wind. This bothers the Daisies, some reaching to ensure their beautiful white petals remain attached to their yellow faces. All flowers know Dandelions are common things, prone to play with unruly children with false promises of delivering wishes on the wind. Whose leaves claw at unwanted things and that they always travel in hordes, suffocating the innocent who are trying to make a home in freshly overturned soil. Why else would a flower sprout spikes if not to commit acts of murder?

Besides, only Dandelions attract unwanted things.

Dandelion strains against her roots to gain the fleeting attentions of the Daisies. When they continue to ignore her, Dandelion counts how many seedlings comprise her white Afro. Appearances are important to Daisies and a bald Dandelion would be unsightly. Her sigh mixes with a gentle ping, one of her seedlings balancing on the rim of an inkwell, close enough for Dandelion to touch. She is sure the inkwell wasn’t here yesterday. She shoos her seedling from the edge of the inkwell’s lips, begins to ask if any of the Daisies might have misplaced it. But the inkwell glistens in the light, the scent of diesel oil rising from its center.

Since none of the Daisies care about the inkwell, Dandelion decides to claim it for herself. At least, for the time being, since she is unsure of how long she has left between the railroad tracks. She apologizes for her appearance and constant shedding, her barbed leaves, and overall lack of beauty. Dandelion doesn’t believe she’s ugly but knows she is not considered to be beautiful because the Daisies remind her every blossoming season, which is also the reason they refuse to sprout anywhere near her.

Because it’s an inkwell and all sensible flowers know inkwells can’t talk.

Dandelion giggles, twiddles her roots over her foolishness. She bends her stem to peer inside, gazes at the specks of glass puncturing holes in the dark. Dandelion remembers a time she was considered to be beautiful with wild strands of gold that honey bees loved to nap on. Weather and wind withered her roots, turning her yellow top into a puff ball that the Daisies can’t stand to view. When one of her leaves caresses the insides of the inkwell, a smear of blue appears. Dandelion thinks the inkwell’s beauty has perished due to years spent drinking oil.

Besides, only Dandelions attract unwanted things.

K.B. Carle lives outside of Philadelphia, Pennsylvania and earned her MFA from Spalding University’s Low-Residency program in Kentucky. When she is not exploring the realms of speculative, jazz, and historical fiction, K.B. avidly pursues misspelled words, botched plot lines, and rudimentary characters. Her stories have appeared in FlashBack Fiction, Lost Balloon, formercactus, and elsewhere. She can be found online at http://kbcarle.wordpress.com/ or on Twitter @kbcarle.

One thought on “Dandelion ~ by K.B. Carle”